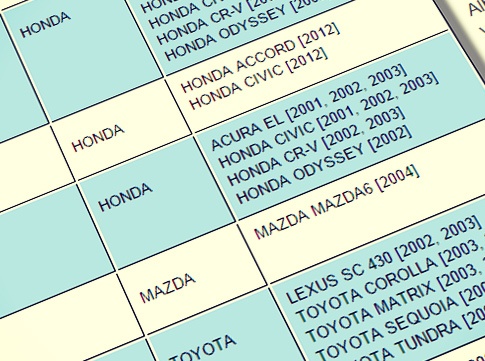 The largest recall in automotive history has expanded to include over a million vehicles in Canada. Japan's Takata has agreed to recall over 33 million airbags worldwide due to concerns that they may deploy with too much force, firing shrapnel and debris at the passenger or driver.

Transport Canada has announced that the Takata Airbag recall affects 1.2 Million vehicles in Canada. This includes vehicles of various makes and models ranging from 2000 all the way to 2015. Check the list below to see if your vehicle is included in the recall.