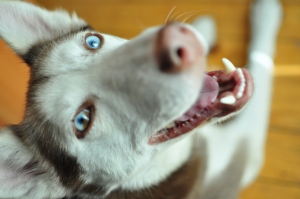 Are you a dog owner? Do you know the effects a dog bite could have on your insurance?

As a dog owner the importance of Homeowners Insurance or Tenant Insurance is essential. Most home and tenant policies have at least $1,000,000 liability coverage with higher limits available on the home or tenants policy. Higher limits can also be purchased through personal umbrella policies.

Dog bites in the three Canadian provinces in which State Farm operates "chewed up" slightly more than $1 million in claims costs last year.

Canadian Underwriter magazine recently published some dog claims stats for us all to think about.

Can you prevent a dog bite claim?

A dog’s tendency to bite depends on such factors as heredity, obedience training, socialization, health and the victim’s behaviour, notes the statement from State Farm. The insurer does not refuse insurance based on the breed of a customer’s dog, but does require customers to answer questions about their dog’s history on a homeowner insurance application."

If your dog has been identified as a dangerous breed many companies may not want to offer insurance. In these cases an independent broker will shop the marketplace to determine your insurance options.

If your dog bites once, you should assume he might bite again and should act accordingly.

Take steps to reduce the risk that he will bite someone else:

Awesome to Deal With!

Every time I have called, everything is handled in a very professional and timely manner!! Awesome company to deal with. Thank you!   5/5
-Lori K.

Looking for a quote on your home or auto insurance? Whether you live in Edmonton or anywhere else in Alberta, you can contact one of our brokers to help you